S/4HANA: SAP’s next generation of ERP

S/4HANA is built on the SAP HANA platform

S/4HANA centralizes data: Principle of One

The ERP data storage model has been completely redesigned and simplified.


Fiori becomes the unified graphical interface of all SAP on premise and cloud solutions (or almost…).

The starting point for the user is the menu associated with his role and built tiles that lead to applications but also provide information (alerts, KPI’s, graphics …).

They contain a mix of analytical info (graphics, tables…) transactional processes to move directly from information/alert to action.

They group the content of several transactions/reports directly or internally.

The number of FIORI applications is growing rapidly but does not cover the full perimeter of S/4. Menus sometimes call for Webgui transactions.

Apart from the new features developed with the help of Fiori, all S/4 business transactions remain accessible through SAPGUI.

There are transactional applications (which may contain analytic information). 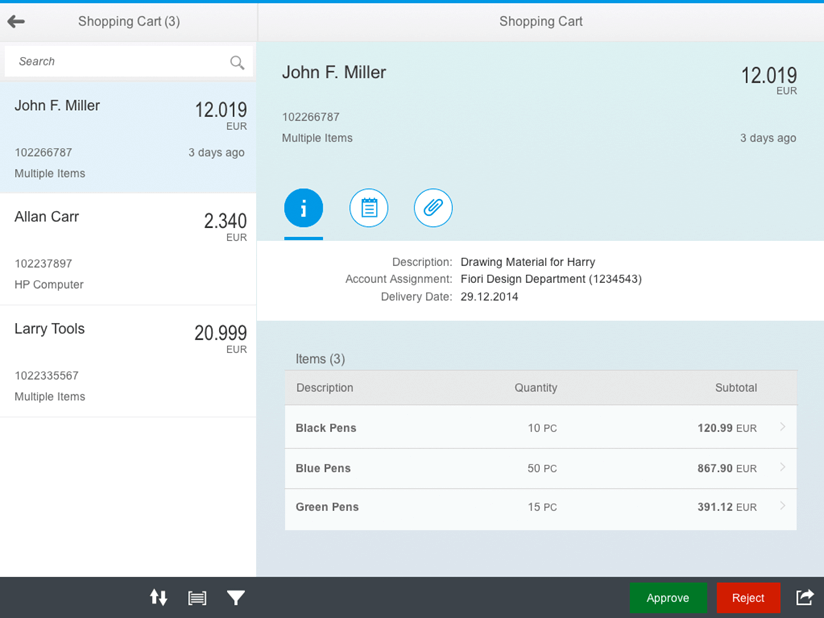 And analytical applications to build “stories” with a principle similar to that of Lumira. 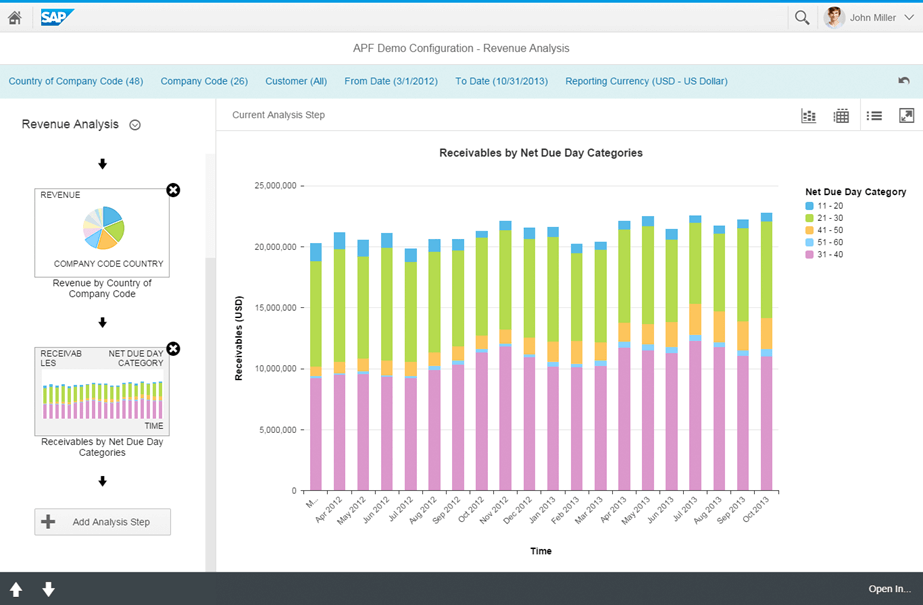 And of course, the data contained in S/4 can be quested through BI4 (Analysis for Office, Design Studio…) tools. or Lumira through CDSViews.

S/4HANA Cloud and On premise are two different solutions offered by SAP in terms of both perimeter and version cycle.

The S/4HANA Cloud versions will have a quarterly innovation cycle, while the one-premise version is expected to have an annual pace.

The Cloud version contains only the perimeter of the features redeveloped for S/4, described as “Business All In One Scope” by SAP (in blue).

The On Premise versions contain both this redeveloped perimeter and the “compatibility scope” (in yellow) allowing to continue to cover the perimeter of the Business Suite (or at least that of ECC). This perimeter of old code should shrink as the versions go on and then disappear.

Version 1503 corresponded to the Business Suite on HANA – Simple Finance, while the 1511 contains a substantial redevelopment of the logistics field.

Above the perimeter 1511 on premise edition

Above the perimeter 1511 cloud edition

About the Author: Olivier Maghe